The Celts minted coins in our territory based on the model of Greek and later Roman coins. After that, coins were not systematically minted here for almost 1,000 years and foreign coins were used as a medium of monetary payment.

The first silver coins in Bohemia were minted by Boleslav I in the second half of the 10th century. In Hungary, silver coins were minted by the Arpad dynasty from the year 1000. The minting of denars persisted for centuries and was only stopped during the reign of Empress Maria Theresa in the 18th century. 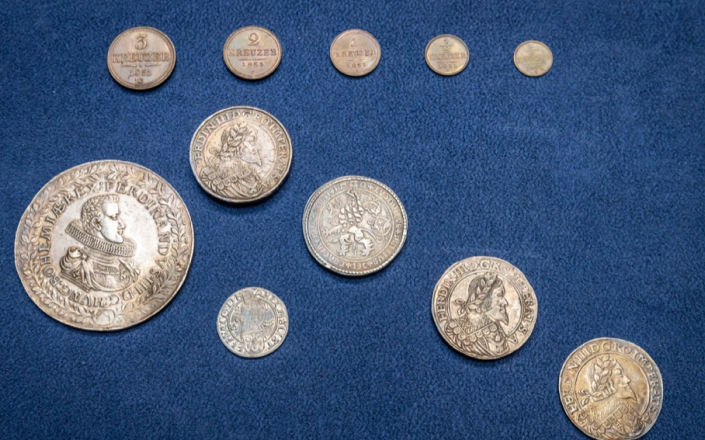 The Prague groschen became a very popular currency in Central Europe for a long time. In 1329, silver Hungarian groschen with a value of six denars began to be minted in Kremnica. They were followed by gold florins, thus creating a bimetallic coinage system that lasted until the beginning of the 20th century. 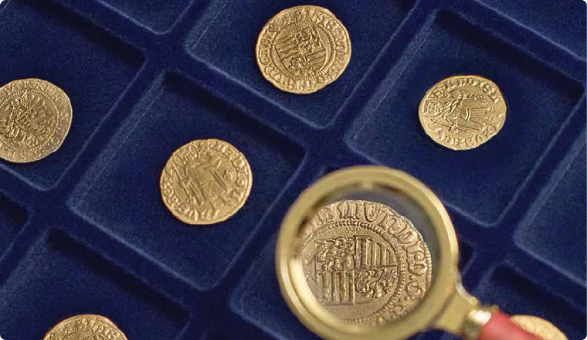 In 1323, John of Luxembourg met his brother-in-law, Charles Robert of Anjou, King of Hungary, in Trnava and agreed on a uniform minting of gold florins, following the model of the gold coin which had been minted in Florence since 1252.

John of Luxembourg began minting the gold coin on 3 January 1325 in Prague. The lack of gold resulted in a limited mintage. The coins did enter circulation, but most of the florins were used for foreign payments and thus left the country.

In 1326, Charles Robert introduced a monetary reform and from 1328 the florin began to be minted in Kremnica. Kremnica florins and later ducats were known throughout Europe for their consistent purity and were minted continuously until the dissolution of the monarchy, and then continued after the establishment of Czechoslovakia. In the 14th and 15th centuries, approximately 2 tonnes of gold and 10 tonnes of silver were produced annually in Hungary, more than a quarter of it in the territory of today’s Slovakia. 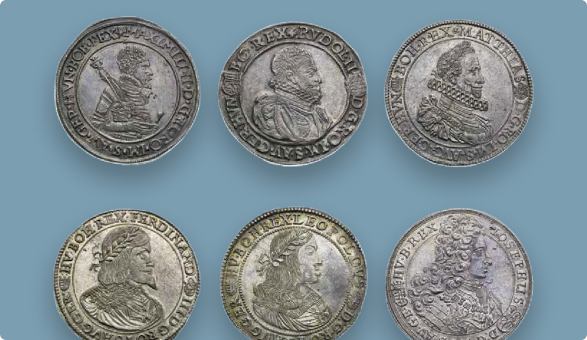 RARE COINS OF THE HABSBURGS

A collection of coins in collector condition has added an average of 25% per year to the acquisition price over the past 20 years, increasing the price 6-fold.

For exclusive gold coins, the price has risen 10-fold, thus adding an average of 45% per year to the owner, producing an annualised return of 12.2%.

If 20 years doesn’t seem like enough of an example, let’s look at 100 years, a period of time in which five generations are born and two full productive lives are lived. Over the last 100 years, the price of gold coins (ducats and their multiples) has increased approximately 1,000-fold. This represents an annualised yield of 7.2%. 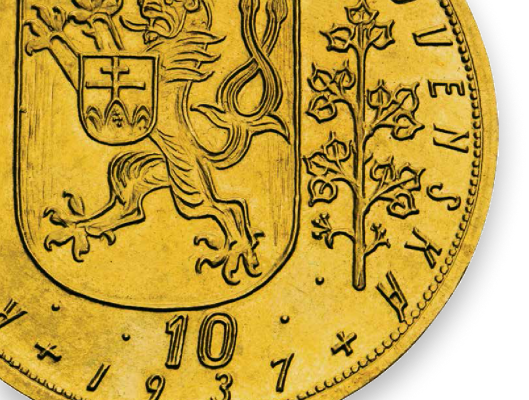 Alongside the rare coins of the First Republic and specific test mints, St. Wenceslas and Charles IV ducats are the most interesting coins of Czechoslovakia, both from the collector’s and investment point of view.

The St. Wenceslas ducats began to be minted at the Kremnica mint in 1923. The winning design came from the artists Otakar Španiel and professor Jaroslav Benda.

Although they have seen the light of day, they never became legal tender. They are usually in the collections of national banks and in museum depositories. In private collections, they are as rare as saffron.

They are extremely rare and extremely valuable. Did you know that the coins in our currency may not have originally been called crowns and hellers at all? What about francs, sokols and hundredths? Rarities that many of you have never even heard of before are highly sought after today. 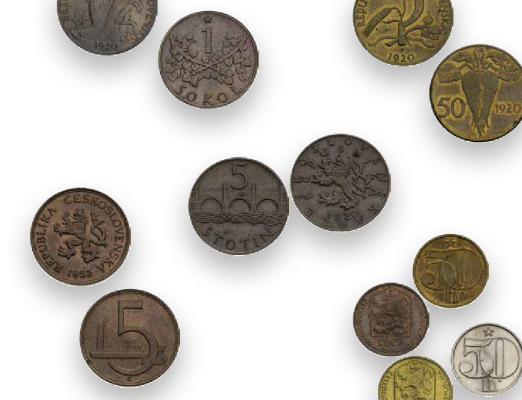