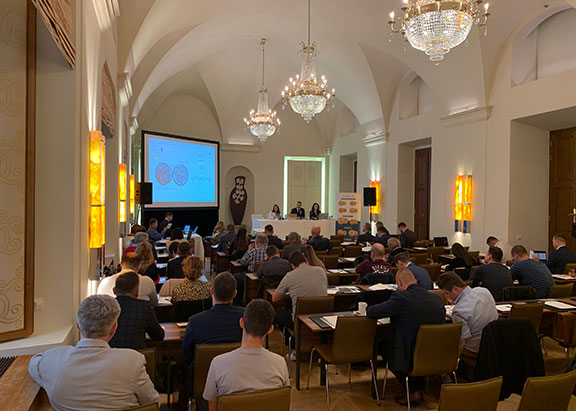 Rare Czech coins and medals given by President Edvard Beneš to the head of the Czechoslovak Government-in-Exile in London, Jiří Zedtwitz, for his loyal service to the Republic sold at our auction for 681,000 euros. The total auction proceeds have so far reached EUR 5.7 million, making it the biggest auction in Central and Eastern Europe this year. 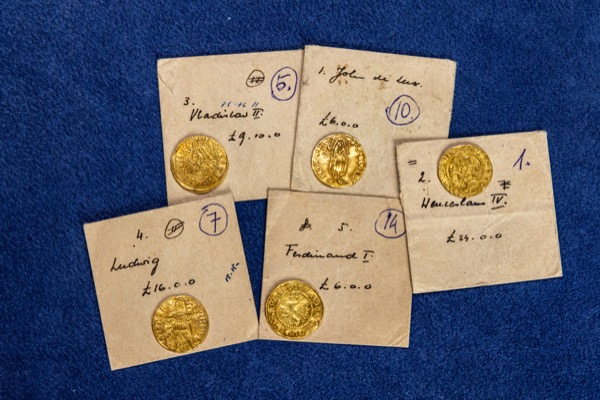 Among the highlights of the auction were Czech coins and medals from the estate of Jiří Zedtwitz, which he had received from President Edvard Beneš with his personal thanks for his loyal service to the Republic. The whole set was sold for 681 thousand euros. All of the pieces came with their original paper sachets and on some of them, there was the original purchase price stated in British pounds. A number of rare ducats minted in Kremnica were also offered to collectors at the auction. An extremely rare 10 Ducat of Gabriel Bethlen, dated 1621, sold in the auction for 288 thousand euros.

Eleven items from the reign of Maria Theresa’s father, Charles VI (1711-1740), were also of great interest to collectors at the auction. The auctioned items included ducats, thalers and medals, among them two unique items in the form of a 10 Ducat from 1724 and a 6 Ducat from 1732. The 1724 10 Ducat is the only one in the world, minted in Vienna, and its price reached 240,000 euros. The 1732 6 Ducat is also unique and its price climbed up to 192 thousand euros.

The auction also included an exceptional ducat from 1620 with the mark of the Prague mintmaster Pavel Škréta. Only a few pieces of these rare ducats are known today. Pavel Škréta was a mintsmaster for a very short time, probably only a few weeks. The great rarity of the ducat is evidenced by the fact that it is missing from all large private collections of Bohemian coins of the 19th and 20th centuries. We are all the more pleased that an excellently preserved example of Škréta’s 1620 ducat, from the estate of a very important official of the First Czechoslovak Republic and the Czechoslovak Government-in-Exile in London from the period of 1941-1945, was sold in our 29thauction for 43,200 euros.

The auction also included a number of extremely rare gold medals minted in France. Among them was a unique (i.e., the only one in the world) gold medal from 1778, which reached the price of 99 thousand euros.