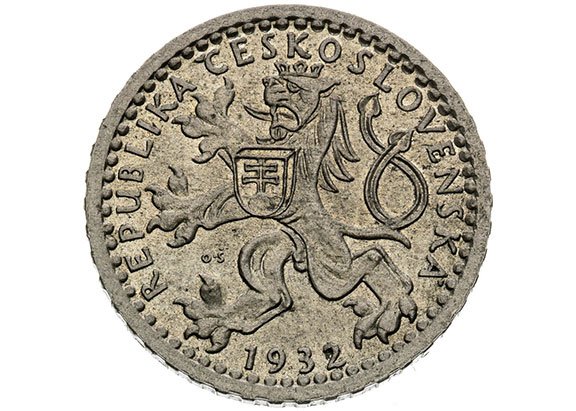 ‍In the 29th auction, a very rare pattern strike from Kremnitz will be auctioned as item No. 222. The starting price of this extraordinary piece with mint lustre in the fields is 6,000 euros.

Due to an acute shortage of 5-heller coins in circulation, the production of which was largely at a loss, the decision was made to start minting 25-heller coins. It was crucial to sufficiently distinguish the new 25-heller coin from the existing 20-heller coin so that there would be no confusion in circulation. This contributed to the difficulty involved in the development of the 25-heller coin. Several different types of pattern strikes left the mint before the final decision was made on the design that would be minted. One of the designs that most closely resembles the one used in circulation was a pattern strike with the year 1932. This pattern strike, based on the design by Otakar Španiel, differs only slightly from the approved design. The most recognisable distinguishing feature is the Slovak emblem on the chest of the lion on the obverse side of the coin. In the 1932 design, the Slovak emblem touches the upper part of the shield; in the design of 1933 used in circulation, the emblem no longer touches the shield. 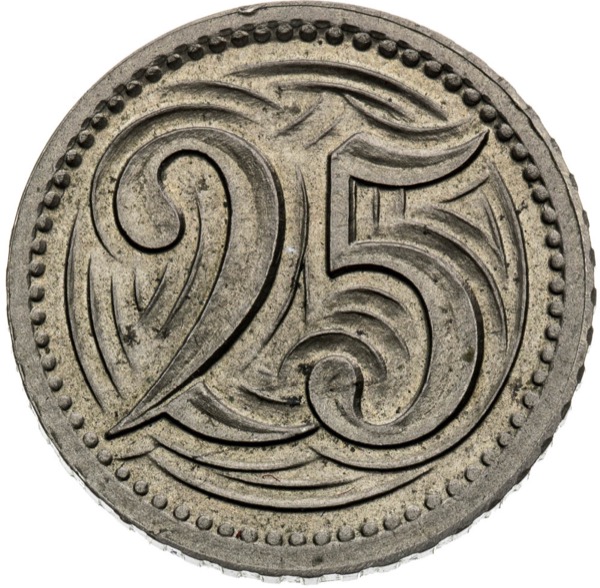 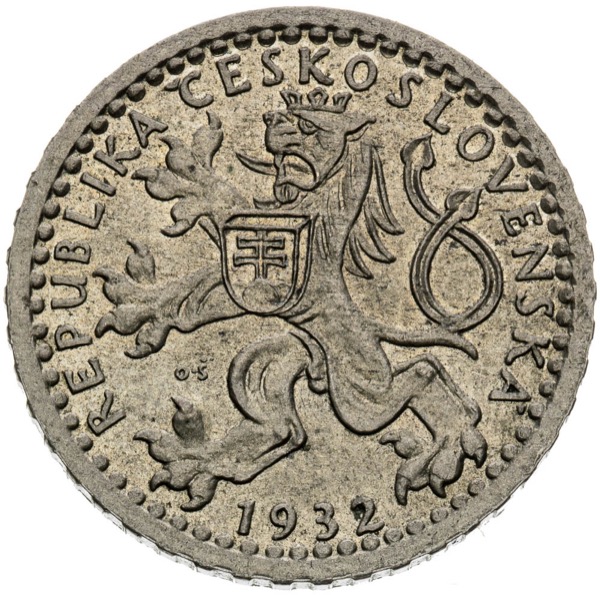 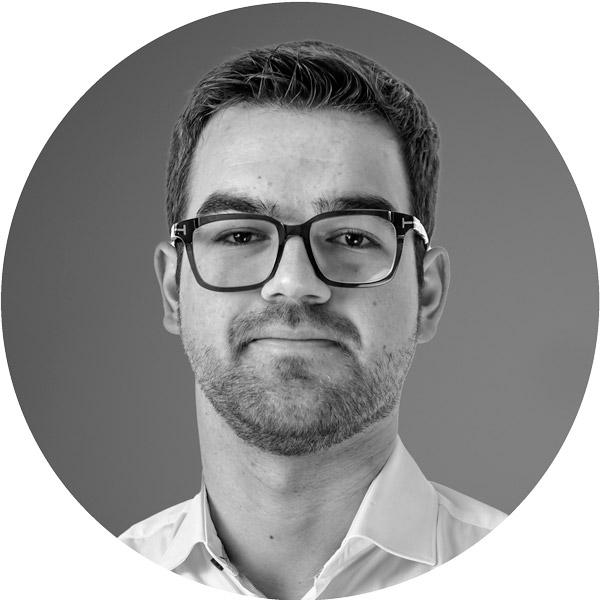